WYO? Family Devo: Week 2, The Woman at the Well

Week 2: The Woman at the Well

Open a Bible to John 4:1–30; 39–42, which is the story of Jesus and the woman at the well. Read the story yourself before presenting it to your family, making note of the following things about the woman and the interaction between her and Jesus. Focus on how Jesus approached the woman and how your family can apply Jesus’ method of evangelism to people in your sphere of influence.

Gather the family, and get rid of any distractions, such as television and electronic devices. Review the concept of Who’s Your One, and remind family members who their one is. According to the ages of your children, either read John 4:1–30; 39–42 from the Bible, or tell the story.

1. As a family, discuss any spiritual differences between you and your one. What common ground do you have? How can you connect on this common ground without compromising truth?
2. The Jews typically avoided Samaritans and even Samaria like a plague. Is there a stigma attached in you having a relationship with someone like your one? Discuss ways in which you can form a close relationship with your one despite the stigma, if one exists.
3. Jesus typically spoke in terms regarding the spiritual realm, but most people think in the earthly realm. Remember that your one likely thinks this way. Use simple language when explaining the gospel to him or her. Use the 3 Circles method as a guide. Talk about this method of sharing as a family.
4. Jesus knew the Samaritan woman and all that she had done, but He did not speak words of condemnation to her. He led her to reach her own conclusions about who He was and her need for Him. Talk about ways you can connect with your one through his or her personal life without being a busybody or making the person feel condemned. Make the conversation about him or her, not you. Listen, and really hear. Your one needs to feel comfortable speaking openly to you.
5. Talk about ways you can help your one with any problems about which he or she has spoken to you. Remember to lift the person up in prayer, and tell him or her you have done so.

Pray for your family and your commitment to this task. Then pray for your one(s) using the prayer on day eight of the prayer guide. Pray also for whatever the Lord lays on your heart about the persons for whom you are praying. Continue to pray every day, using the prayer guide and the bookmark, for seven days, until you come together again as a family for the devotion for week three. Give opportunities for family members to share their experiences they have had with their one(s). 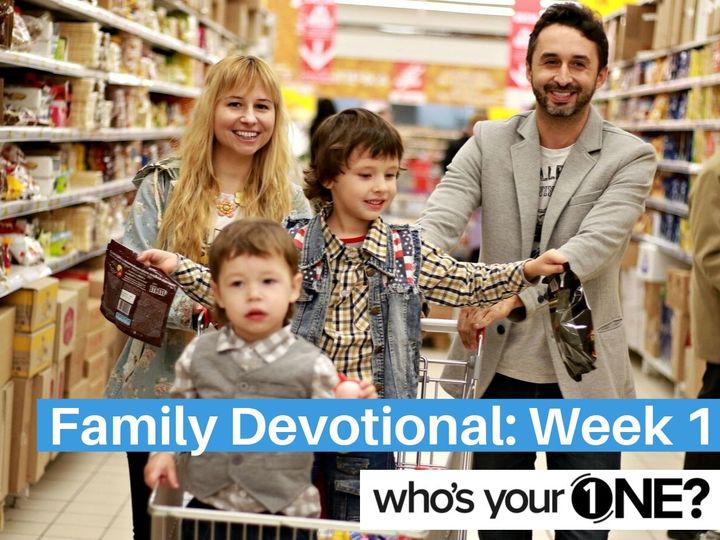 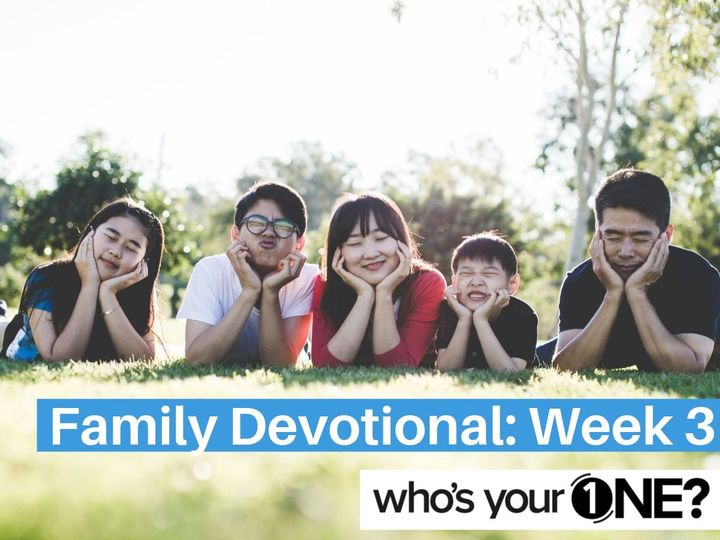 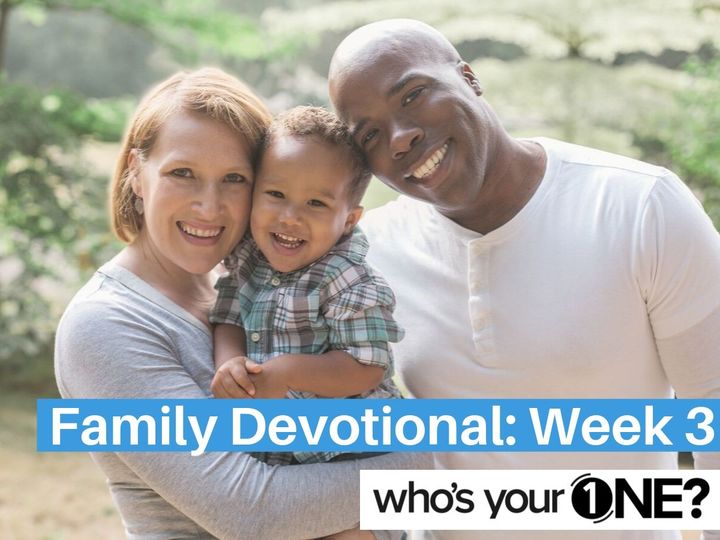