WASHINGTON (BP)—"Walking worship" is what the pastor calls it. After the Chinese government destroyed his underground church in Beijing, the congregation resorted to a new thing.

"Without any place to worship, because any place we gather is not safe," Xiang En told Baptist Press Wednesday (Jan. 15), "we used a kind of unique form of worship in the church history. We call it 'walking worship,' WW." The church multimedia team records a weekly audio file of an entire service, from the call to worship to the benediction, and safely distributes it to congregation members.

"When we were walking on the street, the park, even in the wilderness, actually we were listening to an audio record of our Sunday service ... in that one-hour audio file," Xiang said. "We just listen, we cannot speak out loud, we cannot sing out loud, and we cannot gather in outdoor spaces to worship because any organized gathering in public space will be seen as a threat to the CCP (Chinese Communist Party) in China."

"Xiang" is a pseudonym for the pastor who moved to the United States in January 2019, after China closed his church. He spoke to BP by phone in an interview arranged by international religious freedom advocate Open Doors upon the release of the 2020 World Watch List of the 50 most dangerous countries for Christians to live. China ranks 23.

"In March 2018, the government officers ... wanted to install facial recognition cameras inside our sanctuary on the pulpit to watch our congregation," Xiang said. "Of course, we refused that unreasonable demand, but they still installed a facial recognition camera in the lobby of our church building, because we rented a whole floor of an office building."

The floor was formerly a nightclub, Xiang said, but the church transformed it into a sanctuary to worship God.

"On Sept. 9, 2018," Xiang said, "hundreds of policemen raided our church, smashed our church building and put our fulltime ministers, our senior pastor under custody, and took away all of our church property and shut down the church."

While China's house church system is modeled after early churches in Rome, Xiang said, walking worship is emerging as perhaps a better option in the midst of current persecution.

Neighbors can report house churches to the government, Xiang said, and collect rewards comparable to as much as $5,000. But with walking worship, passersby aren't the wiser.

"But we are praying internally. We are singing, not so loudly," he said of walking worship. "That's kind of a unique experience and encourages a lot of brothers and sisters."

Despite the severe persecution the church endured, Xiang said missions and church planting have remained priorities of the congregation.

When he fled China, he stopped for a month in Canada and planted a church to reach church members who had moved there. The Beijing church sent more than 10 cross-cultural missionaries to minority areas of China, Middle and West Asia, and the Mideast, he said. The church is trying to build a mission center in Israel.

"Even during severe persecution, we're still faithful and brave to be a missionary church, still spread Gospel to nations and send missionaries to plant churches to nations," he said. "Our testimony is just one of the many of the Chinese churches, very encouraging to the global churches and brothers and sisters."

Xiang praised Open Doors for its work to end Christian persecution globally, and recalled a message he preached from Revelation 3 regarding the letter to the church at Philadelphia. 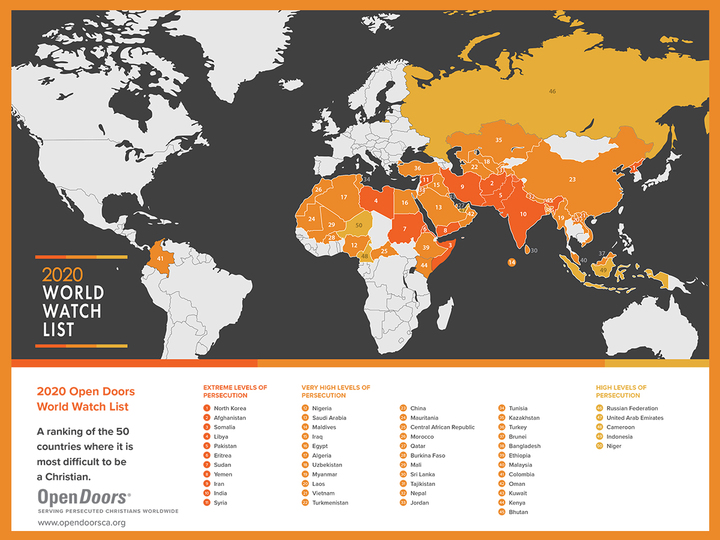