Ordination and the Laying on of Hands

Ordination and the Laying on of Hands

What is the meaning of ordination and the laying on of hands? Because of alterations in definition and practice throughout the centuries of Christian history, the biblical view is sometimes debated among different denominations and movements.? The word "ordain" itself is really a translation of over 20 words in Hebrew and Greek that could also be translated “appoint.” A more complete definition and one that certainly invokes the reverence of the practice would be “to set apart to an office or special service.” Regardless of the English translation used, the practice has been closely associated with the laying on of hands to symbolically convey a sharing of the mantle of leadership and a calling to special service.

Ordination has a rich history among believers, beginning in the Old Testament. The first example that most would point to is the consecration of Aaron and his sons as priests (Lev. 8—9). Their selection as servant leaders was clearly from the Lord, involved an elaborate ceremony, and was done in public before the people. The Levites were set apart in a similar manner in Numbers 8, as were the 70 elders in Numbers 11, and Joshua in Numbers 27. From what we might call a “lay leadership” perspective, the example of the 70 elders is perhaps most relevant.

God gave a command to Moses who was given the task of calling out those who had already been recognized as leaders among the people. They were to come alongside Moses and help him bear the burdens of the people.

In the New Testament, Jesus appointed first the Twelve and later 70 disciples to carry out the ministry. Though there was no formal celebration mentioned as in the Old Testament examples, Jesus made clear that He was conveying authority upon these followers, and the involvement of the Holy Spirit was similar to the Old Testament cases. Despite Jesus’ apparent lack of formality in the ordination process (perhaps because He was Jesus and certainly didn’t need a ceremony to leave a lasting impression!), when the disciples decided they needed helpers in ministry, they returned to a more formal Old Testament-style method of laying on hands (Acts 6:6). This was similar to the process used in the Jewish synagogues at the time as well. Whether or not their methodology was commanded by the Lord is not clear, but we can see His affirmation of the ordination itself as early as the next verse (7):

“So the preaching about God flourished, the number of the disciples in Jerusalem multiplied greatly, and a large group of priests became obedient to the faith.”

That the early church continued the practice is not in doubt, though variations in ordination methods can certainly be seen throughout the centuries of Christian history.

Benefits for the Church

Why is the formal ordaining of deacons beneficial to the church? Besides the biblical example, there are several reasons why ordination ceremonies have been a helpful method for the church in the setting apart of servant leaders.

More than a Tradition

Is a formal ordination ceremony including the laying on of hands necessary for a church to be effective? Perhaps not necessary, but certainly beneficial.

There are biblical examples to which we can look as well as strong models throughout church history and across denominational lines to speak to the strength of the practice in our churches. Beyond that, it is quite likely that if you’re reading this article, you too have benefited from this church practice that is so much more than a tradition. 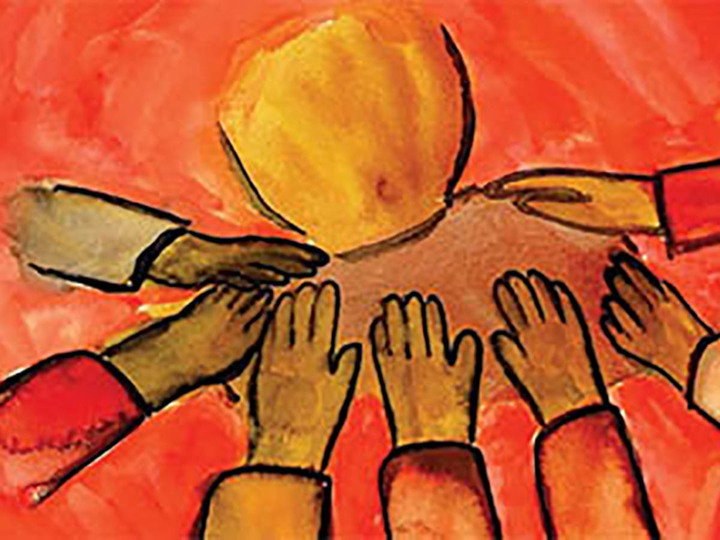 Explanation of Ordination and Sample Services

An article about the rationale for ordaining pastors and deacons, and sample service 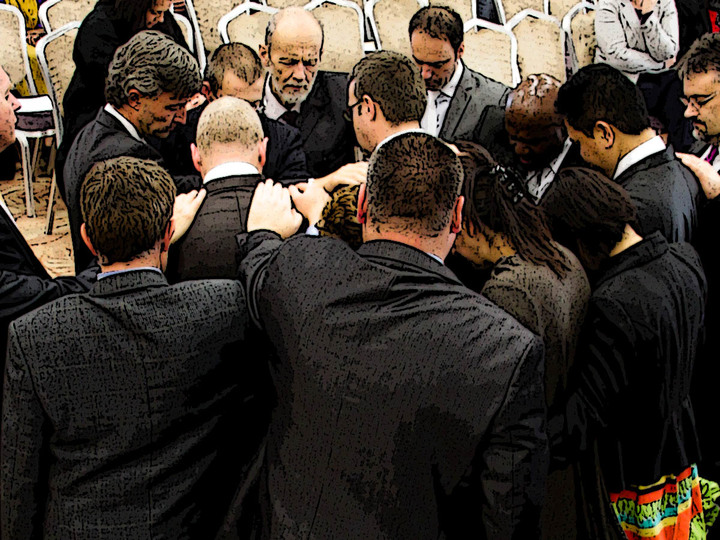