TROIS-RIVIÈRES, QC—One of immigrants’ main problems once arriving in Canada is the food.

Immigrants don’t know what to make of the vast variety of unusual (to them) items available at grocery stores, and the lack of what they’re used to cooking with. What are those brown tubular things? (Potatoes) How do you cook them? What do they taste like? Are they good for you?

“Chinese and Africans don’t eat at all what we eat,” Janice Francis of Église Renaissance (Renaissance Church) told Canada’s Horizon. “The products grown locally they don’t know how to use.”

Learning about the meal-preparation difficulty from some immigrants who had started attending Renaissance, where René Landry is pastor, leaders of the church saw an opportunity and started cooking classes in 2013.

“We talked about it, prayed about it and realized it would be something we could use as a community outreach, a service, and meet new people who don’t know the Lord, and go from there,” said Francis, the pastor’s wife, who under Quebec law uses her maiden name. “We teach the people how to do things, but since they speak so many [different] languages, people from our church are there also who speak their language and can translate.”

Now in the ministry’s second year, three Muslim women attend the cooking classes, which take place once a month in the kitchen area of Église Renaissance’s two-room storefront location. A Lebanese member of the church speaks Arabic “so she hangs out with the Muslim ladies,” Francis explained. Immigrants who speak Chinese or Spanish are assisted by other Renaissance members.

“We had a Filipino lady coming [to the cooking classes] who was taking French courses at the junior college,” Francis said. “She got the teachers to promote the classes. They tell the new people, ‘They teach you to cook Canadian food, and it’s free!’”

In addition to the cost of ingredients—provided by the church—the cooking classes known as “Cuisinons Ensemble” (Cook Together) require multiple pots, pans, mixing bowls, knives, spatulas and more, plus long tables to stand behind. A grant last year from Canadian Global Response for the church plant’s new outreach ministry helped.

“A problem last year was one stove for all the people, and we had 10 to 17 adults,” Francis said. “I had to get creative to see how to cook all these things. I’d make one [before the class] so they could all taste it, and we’d put theirs in aluminum containers so they could take it home and cook it.”

The recipes, written in French, are sent home with the students along with the meal they’ve just prepared.

Aluminum containers are expensive, Francis noted, though sometimes necessary, such as for the layered shepherd’s pie (hamburger, corn, potatoes). She prefers gallon-size Ziploc bags. A CGR grant in 2019 will help the church buy a second stove.

“I will ask, ‘What would you like to learn next week?’ I also try to find something with inexpensive ingredients,” said Francis, who with her husband reared their seven children, so she has many low-cost recipes. “Usually the immigrants have large families and not much money, so we try to find things that are economical to cook, and nutritious, and in season.

“In apple season there was apple crisp and apple sauce, and in the fall we did vegetable soup,” Francis continued.

When she heard the students were confused by what they saw at grocery stores, Francis took a camera and aisle by aisle took photos that she later made into a Power Point presentation.

“A lot of countries have never heard of a cake mix,” Francis said. “Some don’t know how to use an oven. We had a lot of discussion when we got to the baking aisle, and they were thrilled.”

Church leaders use the cooking classes as a way to involve members in ministry. Delegation is key, Francis said.

“I try to put people in charge,” she noted. “I have a team of three who are pretty faithful, setting up tables. Putting on tablecloths. Setting out utensils. Setting out ingredients.

“I have asked different people to do one course,” the pastor’s wife continued. “Everyone has a special recipe. We’re trying to get other people to do it so we [church leaders] have time for discipleship and other things.”

Église Renaissance was started in April 2013 by René Landry, a city bus driver for 15 years who sensed God calling him to start a church when he realized he knew several Christians who weren’t attending a church.

He and his wife, American-born Janice Francis, affiliated their bilingual (French and English) church with the Canadian National Baptist Convention.

“We looked around at the various denominations and felt very comfortable with this one because of the theology, the doctrines, and because of the support, encouragement and accountability to CNBC,”

Francis explained. “If someone complains about the leadership, someone will come and help.”

Immigrants to Trois-Rivières on the St Lawrence Seaway halfway between Quebec City and Montreal come from many cultures, but many know some English, so Francis, a freelance translator, started translating church services.

The welcome of church leaders and other members led to the arrival of more immigrants, and as a result, Renaissance was, until two months ago, the only bilingual evangelical church in the city of about 135,000 people.

“I’m happy to be there for the people; I’m blessed,” René Landry told Canada’s Horizon about his first pastorate. “What I have learned is that there’s a lot of suffering in the world.”

He has learned the importance of people loving each other, praying for each other, and having patience with each other, the pastor continued.

“Love one another, as the Bible says,” Landry said. “Our motto at church is ‘Loved to love.’ We’ve been loved by God so that we can love others.”

Reinforcing that thought, the church’s motto is displayed in large letters on the walls of the worship centre that doubles as a cook station. 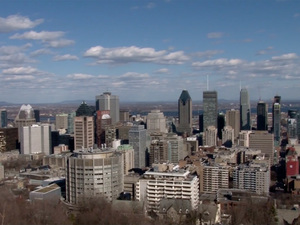 Video: Quebec - Nothing is Impossible

Quebec - Nothing is Impossible 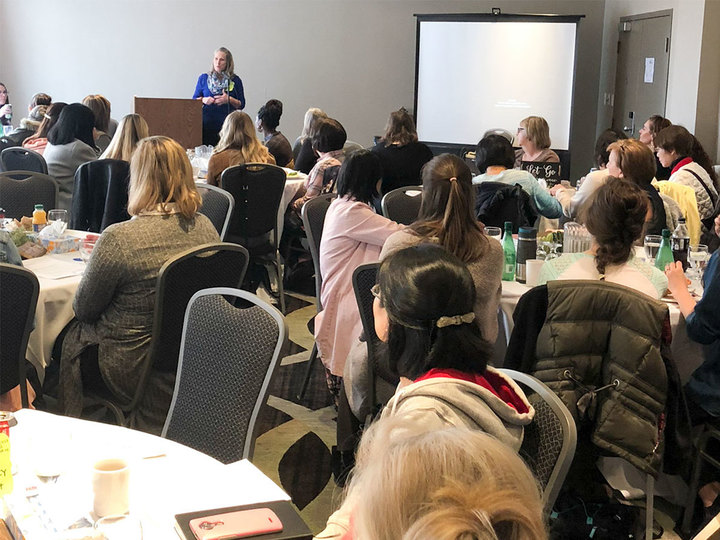 God will do MORE than we can ask or imagine 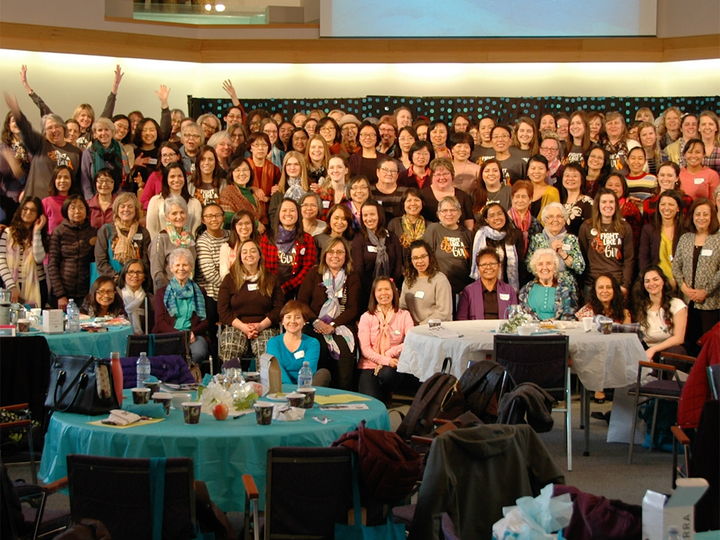 That They May Know You 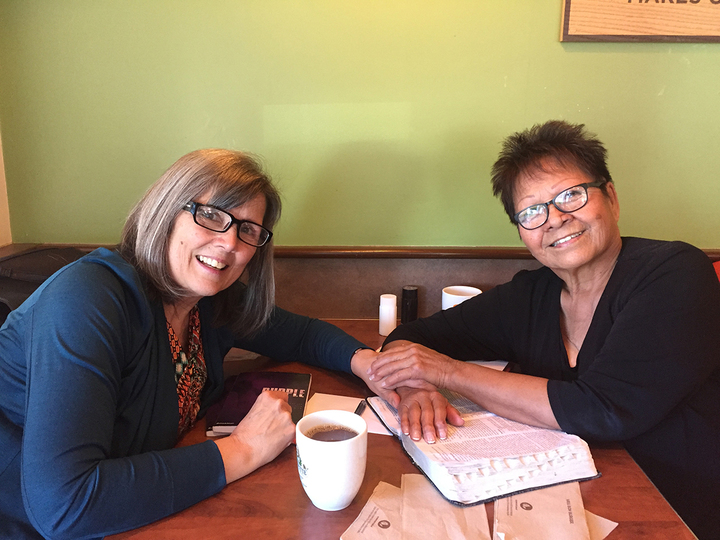 An Unexpected blessing at Overflowing 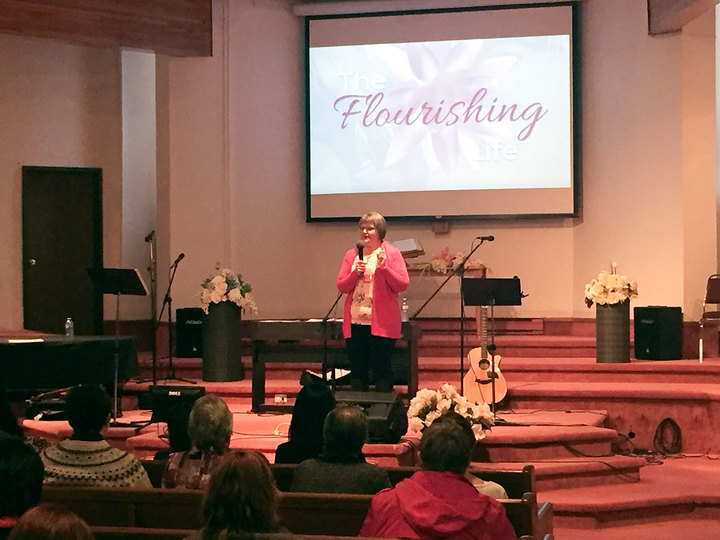 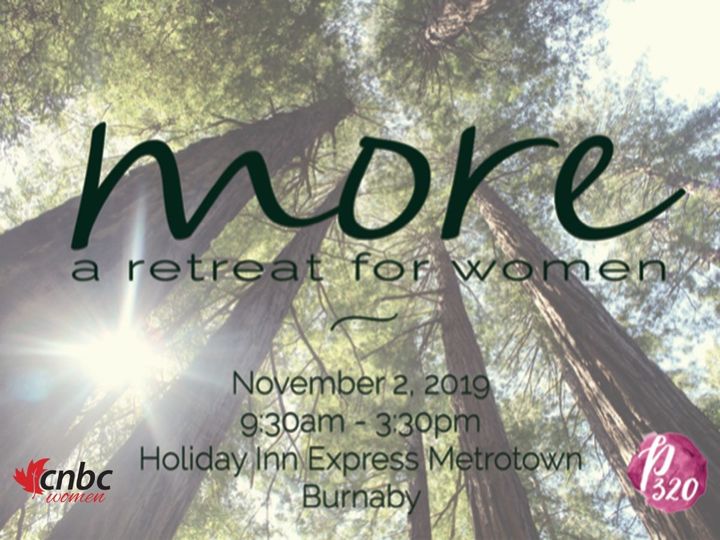 'MORE' Women's Conference in Burnaby, BC

'MORE' Women's Conference in Burnaby, BC